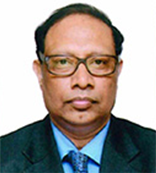 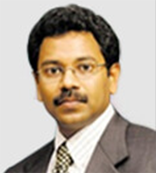 Dr. Suman Billa, 1996 batch Kerala cadre Indian Administrative Service (IAS) Officer, is Joint Secretary in the Ministry of Tourism (MoT), Government of India. Prior to this, Dr. Billa was Secretary – Tourism, Kerala, and has studied at the Madras Christian College, Jawaharlal Nehru University, Delhi and has been a British Chevening Gurukula Scholar at the London School of Economics. He started his career as Assistant Collector, Alappuzha; served as Collector, Palakkad; Director – Tourism, OSD Kochi Metro Rail Project; Chairman, Kerala State Civil Supplies Corporation and Commissioner, Commercial Taxes, Government of Kerala before becoming Secretary–Tourism, Kerala. As Secretary – Tourism, Government of Kerala, Dr. Billa played a key role in promoting and expanding Responsible Tourism projects as well as Spice Route heritage trail. He also served in the Government of India as Private Secretary to the Ministers of State for External Affairs and Defence. 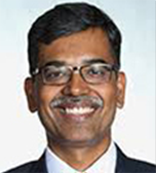 Shri Shyan Maheshwari is a Chartered Accountant from ICAI and PGDM from IIM Bangalore. Shri Maheshwari began his career in 1999 at Lehman Brothers as a Credit Analyst on the Asia Credit Research Team and in 2005 he moved to Credit Trading. Thereafter, Shri Maheshwari served as Senior Vice President in the Asia Special Situations Group at Lehman Brothers, where he was responsible for making principal investments in India overseeing the efforts to build the India business. He also initiated pan-Asian ventures in mining and power assets with a focus on Indonesia. He was a nominee director of Lehman Brothers in the board of ECL Finance Ltd. from 2007 to 2008 and a director on the board of Assets Care and Reconstruction Enterprise Ltd since October 2014. He is one of the Partners/Co-founders of SSG Group focusing primarily on origination and evaluation of investment opportunities in India and other regions throughout Asia. SSG Group has since been merged with the U.S. based global Alternate Investment behemoth, Ares Management Corporation. 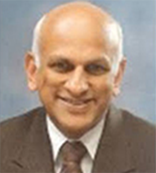 Shri Koppara Sajeeve Thomas is PGDM from IIM Ahmedabad and is having over 30 years of experience in Retail Banking, Corporate Banking, Capital Markets, Treasury, Risk Management and back-office processing retiring from Shinsei Bank Ltd., Japan, in October 2006. Shri Thomas was with Citibank in India (1975-1988), Japan (1988-1998) and New York (1999-2000). Among his various responsibilities, he served as Relationship Banker and Operations Officer in Citibank India, Country Treasurer & Head of Capital Markets for India and Sri Lanka, Country Treasurer & Head of Capital Markets at Citibank Japan, Member of Citicorp's Credit Risk Policy Committee & Market Risk Policy Committee and Head of Risk Management Division for Asia-Pacific. He joined Shinsei Bank in May 2000 as Chief of Staff to the Chairman and member of its management team and was subsequently appointed Senior Managing Executive Officer and Head of Retail Banking Group to establish a new business to serve its retail customers.

Shri Anirban Chakraborty has been appointed CEO & Managing Director of the Company w.e.f. April 15, 2019. In his last assignment, Shri Chakraborty, was Deputy CEO of Axis Capital Ltd. (an Investment Banking subsidiary of Axis Bank). Shri Chakraborty is B.Tech from University of Kolkata and Post-Graduate in Financial Management from University of Mumbai. He started his career in Voltas in 1993 where he worked in diverse areas ranging from Business Development, assessing techno feasibility of projects, project implementation. He was also associated with IFCI from 1999 to 2003, where he advised corporates across sectors on assignments spanning different product offerings of financial advisory, project appraisal, due diligence, capital restructuring, loan syndication & credit monitoring. He has headed various divisions in Axis Bank from 2003 to 2015, ranging from SME, Corporate debt & capital markets, Relationship Management group, and Structured Finance. 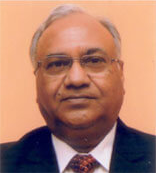 Shri B. M. Gupta is Whole Time Director (WTD) of the Company. Shri B. M. Gupta has more than 42 years of experience in Banking, Finance, Legal, Management, Accounts and Taxation etc. Shri Gupta holds a master’s degree in Commerce from Delhi School of Economics, Delhi University and M.B.A.(Finance) from Faculty of Management Studies. He also holds Master Degree in Economics from Rajasthan University besides Law Degree from Delhi University. He started his banking career with Union Bank of India in November, 1976 and joined Oriental Bank of Commerce as Probationary Officer in May, 1980. After working mainly in the Credit Department at the Head Office of the Bank, he joined Tourism Finance Corporation of India Ltd. in 1993 as Dy. General Manager. He rose through the ranks at TFCI to become its Whole-time Director in January 2019. He has wide exposure in Credit, Risk Management, Resource Raising, Accounts, Taxation & other operational areas. 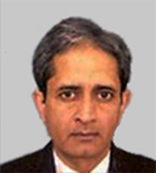 Shri S C Sekhar, Fellow of the Institute of Chartered Accountants of India, is having 37 years’ experience with ITC Hotels during which he held various positions in different properties and also in the Corporate Office. In 1996, he took over as Head of Projects and Investments for the Hotels Division and was part of the core team that developed and established some iconic luxury hotels in India. As Head of Finance of the Hotels Division, he was responsible for Finance, Treasury, Tax, Internal Audit, Legal, IT, Secretarial functions etc. He was a member of the core team which de-merged the Hotels Business from ITC Ltd and was Executive Director in ITC Hotels Ltd. Shri Sekhar was also on the Board of several listed and unlisted companies, looking after ITC Hotel’s interests in them. 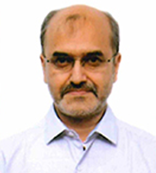 Shri Bapi Munshi, M.Sc. from IIT Kharagpur, is having over 36 years’ experience in banking & finance sectors. He served as the Chief Risk Officer (CRO) of Axis Bank and also headed the treasury Department during his tenure with the bank. He also served on the boards of Axis MF Trustee Ltd. and Axis Finance Ltd. Presently, he is member of Audit Committee of Axis MF Trustee Company Ltd. and independent director in TFCI Ltd. 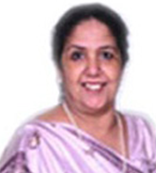 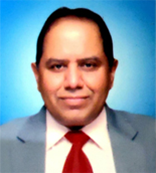 Shri Ravinder Kumar Sood, B.Com.(Hons.) & Fellow Member of Insurance Institute of India, having over 36 years of experience in LIC & LIC Housing Finance Ltd. Shri Sood was formerly Executive Director, LIC and is presently on the board of Excel Industries Ltd. He is the nominee of LIC on the board of TFCI.